Karate Do: The Benefits of Chito Ryu 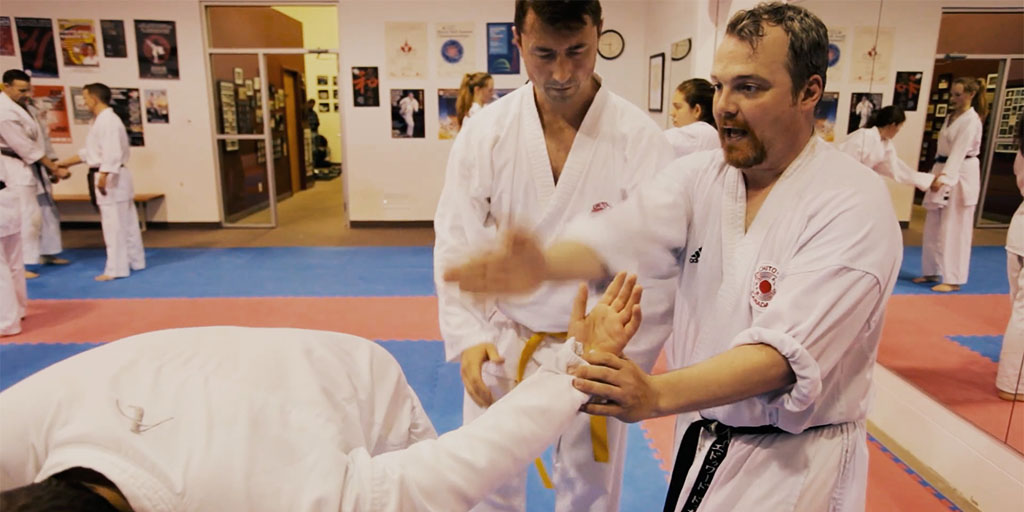 Published in On The Go Magazine February 2010

Karate Do which translates as The way of The Empty Hand was developed on the island of Okinawa which lies between the Japanese island of Kyushu and Taiwan. Karate developed through the merging of the indigenous Okinawan martial arts with kung fu that was brought from China through Chinese settlers. What most people don’t realize is that there are different styles of Karate Do which have been spread throughout the world; Chito Ryu is one such style.

The unique karate method known as Chito Ryu was founded by the late Karate Master Dr. Tsuyoshi Chitose 10th Dan (1898-1984). Dr Chitose was born on Okinawa and had the opportunity to study under some of Okinawa’s foremost Karate masters. During Dr Chitose’s lifetime he was regarded as a true master of Karate Do. As a medical physician Dr Chitose combined sound medical principles with the ancient Karate he had learned, creating an ergonomically correct form of Karate which he named Chito Ryu. Chito Ryu translates as: “chi”- 1000 “to” –China, referring to the Chinese Tang dynasty; “Ryu” – style. Therefore meaning the “1000 year old Chinese style”.

Today Chito Ryu is practiced around the world with many Dojo (training halls) across Canada and Ontario. Originally Karate was used as a form of unarmed combat but has developed into so much more for its practitioners. Chito Ryu is a proven form of self defence, a great workout, an excellent confidence builder, a fast action sport and a beautiful martial art. Many people of all different ages enjoy training in Chito Ryu and can take comfort in knowing that the art they practice is medically sound.

The philosophy of Chito Ryu is that through peace, perseverance and hard work an individual can attain their goals. Chito Ryu in Canada is led by Sensei Shane Higashi, 10th Dan Black Belt and Grand Master of Chito Ryu Karate Do. Sensei Higashi is responsible for the grading of all black belts, as well as instructor certification in Canada. If you or someone you know is interested in trying a Chito Ryu Karate class please check out www.ontariochitoryu.com for a complete listing of Dojo across the province.